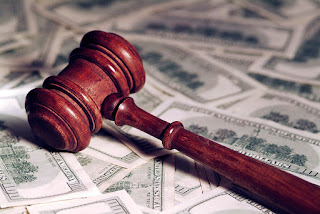 The judicial system wants me to stick to facts. Which facts?

A case is carefully prepared and presented based on manufactured facts that make up the reality of civil disobedience look like a crime.

How can a trial be a fair trial without the right of defense, without being heard?

How does a "justice system" convict a mother in her absence?

How is a child taken without being heard?

What can possibly justify the sudden, violent snatching of a 10 year old child from her life of 10 years without warning, no preparation, no support, not heard?


One bright day, just before meeting with friends, the police show up. In the street. No warning, no preparation, no rights!Hand-cuffed, mother and daughter separated. A night spent in prison.
The whole case built, presented and convicted, one-sided!

For the past two and a half months, we have witnessed one prosecutor disagreeing with another, one judge contradicting the other, one verdict totally opposing the previous, complaints not being taken seriously, charges ignored, as we are tossed between them all, still silenced, still with no rights, still seeking common sense and our basic human rights.

An objective justice system? But the laws are interpreted subjectively.
Laws to keep peace and order? Through violence and removal of rights ?
Justice for all citizens? When thousands of Euros must be spent to exercise our rights?

Removal of custody!
In absentia! It matters!
This matters above and before all else! Not the reason, not the specifics, not the arguments, not any opinions before this!

If we bypass our humanity, all subsequent discussions are pointless. We will have silently accepted our dehumanization.

This is happening in Greece. A European country. A democracy. In 2017!

“One has a moral responsibility to disobey unjust laws.”
― Martin Luther King Jr.


“Protest beyond the law is not a departure from democracy; it is absolutely essential to it.”
― Howard Zinn


“If a plant cannot live according to its nature, it dies; and so a man.”
― Henry David Thoreau, Civil Disobedience and Other Essays


“An unjust law is itself a species of violence. Arrest for its breach is more so.”
― Mahatma Gandhi


“If we don’t rebel, if we’re not physically in an active rebellion, then it’s spiritual death.”
― Chris Hedges

The only thing that interferes with my learning is my education.